The success story of the FEPPD already began more than 60 years ago, when in 1953 the organisation was founded as FIPD – Fédération Internationale de la Prothèse Dentaire. In 1974 the organisation changed its name to FIPPD and in 1983 to FEPPD (Fédération Européenne des Patrons Prothésistes Dentaires).

Today the FEPPD is the only pan-European organisation able to represent the 40,000 dental laboratories and 210,000 dental technicians on European level.

Only recently – due to its internationalisation – the FEPPD changed its name again to Fédération Européenne et Internationale des Patrons Prothésistes Dentaires (European and International Federation of Dental Laboratory Owners), which remains its official name until today. In 2019, the FEPPD celebrated its 65th anniversary. 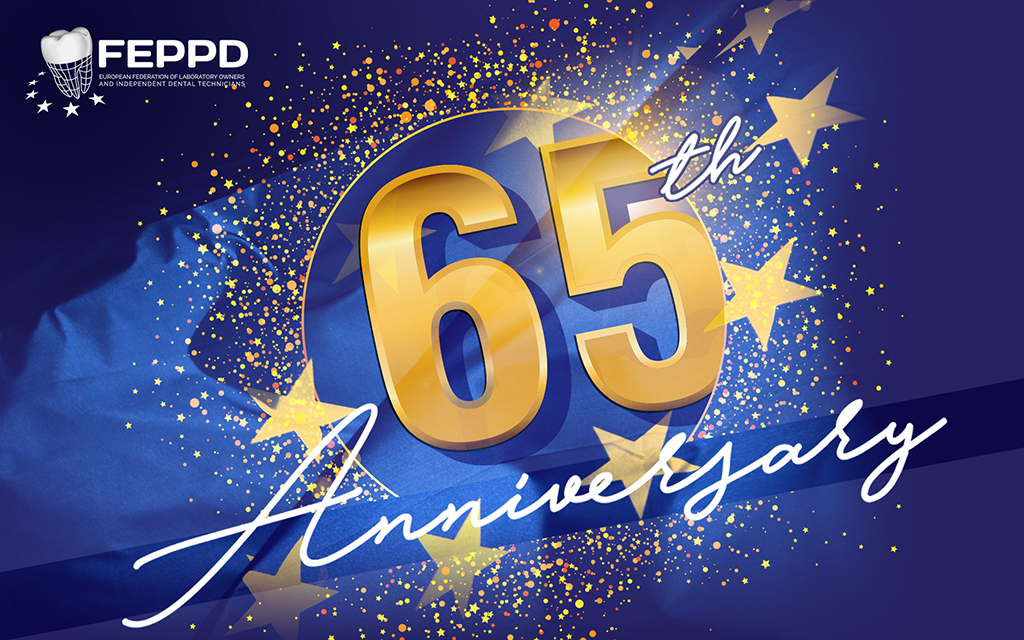 The national federations (FEPPD’s members) are the recognized negotiators to the competent authorities in their own countries on a professional, social and governmental level. The official languages of the federation are English, German and French.